Many said achieving direct wheelchair access on a high floor coach without major loss of seating couldn’t be done.

National Express issued a series of guidelines to the industry outlining what it was looking to achieve in its new generation of coaches. One of these was to retain a minimum of 49 seats and that the wheelchair passenger would be able to manoeuvre himself or herself into the wheelchair bay. The only action necessary for the driver being to secure the wheelchair.

The design, patent and now manufacture of the Magic seat system, which meets all the industry requirements set before us.

The Magic Seats are the front two seats on the coach.
The seats are exactly the same as all the other seats in the coach except for the fact that they are mounted on the NMI bases.

If a wheelchair passenger needs to be carried the driver simply removes the seat cushion and reconfigures the seats in order to create the wheelchair bay ready for the passenger to board.

One of the seats contains a foot operated ratchet mechanism containing webbing belts to secure the wheelchair.

The wheelchair passenger then has a seatback behind them and a three-point belt for securement.

In other words only one seat is lost when a wheelchair is loaded.

The system is fully tested and DDA compliant. The Magic seats have been tested to comply with the positional and strength requirements of EC Directive 76/115/EEC as amended by 2005/41/EC and also that the wheelchair and occupant restraint anchorages comply with the requirements of section 3.8.1 of Annex V11 of EC directive 2001/85/EEC

As part of NMI continuous development, the latest Mark 4 Magic Seat system has now been designed with new and innovative features. The seats are now secured onto the unique NMI floor pocket system. This patented system allows for the easy lock and unlock mechanism to be used when moving the magic seat around: Advantages of the system are that the floor pockets are set flush with the floor and therefore not visible to passengers.

The floor pockets can be fitted into the coach floor at minimal cost, so that the coaches ready in the future to become DDA compliant by simply fitting a pair of magic seats. The magic seats have also been reduced in weight.

A number of coach seat manufacturers have been tested and are available on the NMI Magic Seat System. 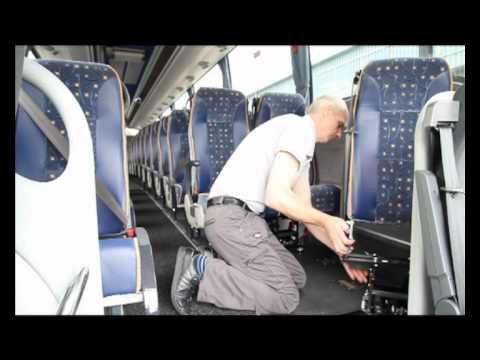 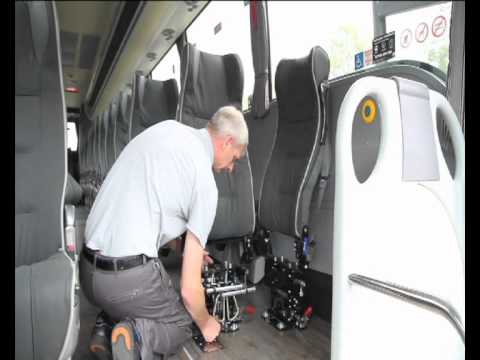